Out of approximately 200 entries from all over the world an international jury, consisting of Calliope Tsoupaki (GRC 1963), Stefan Prins (BEL 1979) and Raphaël Cendo (FRA 1975),  selected five composers for the Gaudeamus Award 2015. Together with Khubeev, Jason Thorpe Buchanan ( USA 1986), Mátyás Wettl (HUN 1987), Stylianos Dimou (GRC 1988) and Utku Asuroglu (TUR 1986) competed for the Award. Three works by every shortlisted composer were performed during the festival, including a new piece for ensemble in residence Slagwerk Den Haag. The jury decided unanimously to grant the Gaudeamus Award 2015 to Alexander Khubeev.

Jury Report
The jury says about the winner “Alexander Khubeev is an original and inventive composer. He has achieved a perfect balance between his sonic universe and the written realization. He has a brilliant way of expanding advanced techniques, and creates a mysterious and profound sound world. We wish him a brilliant career.”

Gaudeamus Award
The Gaudeamus Award is an incentive prize for young composers under 30 years and is seen as an international recognition of their work and as a stepping-stone in their careers. The winner will receive a commission worth € 5,000 for a new composition. For all award-winning composers Gaudeamus Muziekweek continues to take an interest in their career and ensures new composition assignments, reprises of new works and international exchange with festivals and music organizations worldwide.

Alexander Khubeev
Born in the city of Perm in 1986 where he began his composition classes. Subsequently moved to Moscow to study at the conservatory and complete his post-graduate studies with Yuri Kasparov. For the past eight years, Khubeev has lived in Moscow while simultaneously attending master classes with composers such as Beat Furrer, Ivan Fedele, Chaya Czernowin, Martijn Padding. In addition, he took part in the biannual Darmstadt International Summer Courses for New Music (2014), where he received a stipend for the session in 2016. “Fortunately, during my years of study in Moscow, Russia’s concert life became increasingly rich and diverse. My music was performed by most ensembles of contemporary music in Russia (as well as in countries such as Ukraine, Italy, Germany, USA, and Argentina). Along the way, I won various composition competitions. Resulting from an ongoing collaboration, I was appointed as composer in residence at the GAMEnsemble (a first in modern Russian history) in 2011.” 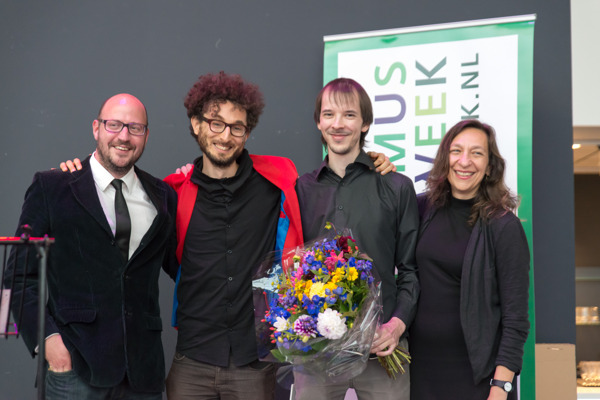