The festival opens with Calliope Tsoupaki's impressive MEDEA, played by Asko|Schönberg, in modern music palace TivoliVredenburg. The connecting threads through the festival are the works of the five nominees for the Gaudeamus Award. In the past, this coveted incentive prize for young composers has been won, among others, by Yannis Kyriakides, Michel van der Aa, and Louis Andriessen, who are now established trailblazers.

The festival programme features Generation Kill by Stefan Prins, which plays an ingenious game with reality, performed by the adventurous Nadar Ensemble. The electric guitar quartet Zwerm play a boisterous concert consisting of boyish works only. Cellist Maarten Vos and multi-instrumentalist Greg Haines will give an exclusive preview of their new album, due to be released later this year. Anyone with a taste for unusual concert locations will enjoy the special “living room concerts” in the KuuB gallery, with Gaudeamus Award 2014 winner Anna Korsun and others. Equally exotic is the urban farm Rood Noot, the scenery for Stads/Einder, a mini festival around a solo piano concert by composer Arthur Wagenaar plus live animation by LABland.

This year Gaudeamus Muziekweek offers professionals and other music lovers plenty of opportunities to delve deep into the music and related subjects. Prior to the festival itself, Gaudeamus Muziekweek Academy offers a behind-the-scenes glimpse at rehearsals of the shortlisted works. On September 7 and 8, the conference FOR CRYIN’ OUT LOUD: Music & Politics takes place, in collaboration with Utrecht University. During the festival music expert Frits van der Waa introduces the participants of his listening course to the main contemporary music genres while Floris Kortie asks his guests a plethora of questions during late night talk shows.

The presentation of the Gaudeamus Award ends the final concert by ensemble in residence Slagwerk Den Haag and Niels Broos (Kytopia) in collaboration with Club Guy & Roni on Sunday September 13. 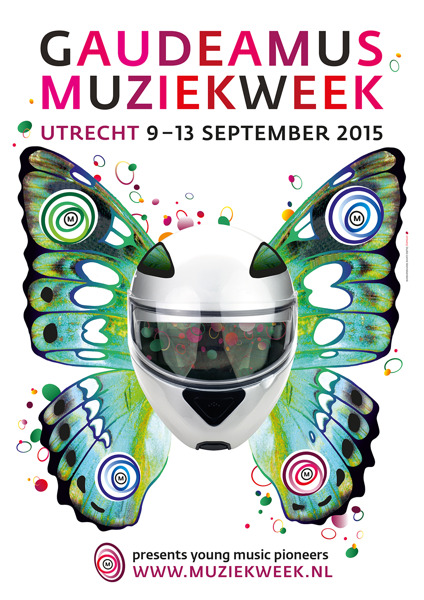