The five nominees have been selected by a professional jury consisting of composers Gerhard Stäbler (DEU), Clara Iannotta (ITA) and Yannis Kyriakides (NLD). The latter won the Gaudeamus Award in 2000. The jury has written the following statement about the five nominees:

"In choosing the five nominees, the jury wanted to reflect the diversity of the types of compositional practice being carried out today, spanning compelling audiovisual and performative work to skilfully crafted sonic explorations on traditional instruments. Each of the 5 composers reflected an already mature and individual musical universe. Needless to say it was a difficult process to pick five composers from almost 100 candidates, and the ones who did not make it will hopefully not be discouraged in applying again next time."

A total of 95 composers from 29 different countries contributed a total of 285 compositions. In contrary to previous years, the process was not completely anonymous and the gender of the composer was known beforehand. From the submissions, 20% turned out to be from a female composer. Gaudeamus strives to increase the number of female submissions to achieve a better representation of female composers in future nominations.

During the annual Gaudeamus Muziekweek in September 2019, several works of the nominated music pioneers will be performed. The festival is a showcase where both the public and the international professional field will get a broader view of five nominees and their work.

Apart from the work of the nominated composers, Gaudeamus Muziekweek showcases many more new compositions, for example by providing commissions to talented music pioneers. In 2018 Gaudeamus commissioned 11 new works. Five of these new compositions are from female composers. For 2019, new commissions are being planned. Gaudeamus has a diverse and inclusive policy, aiming for a good balance in gender and background of composers and musicians for commissions and the rest of the festival programme.

Gaudeamus Award
The Gaudeamus Award is regarded by composers as an international recognition of their work and as such gives a kickstart to the early career of a young music pioneer. The jury guides the nominees during the rehearsal process and finally assesses the performances of all their pieces. At the end of the festival the jury selects the winner of the Gaudeamus Award. Once nominated for the Gaudeamus Award, Gaudeamus continues to support the young composers: their works are repeated elsewhere, commissions for new compositions follow and composers are regularly asked to participate in festivals and co-productions with organizations worldwide. This way, Gaudeamus scouts young music pioneers, stimulates their development, and presents their music to an audience of curious music lovers.

Louis Andriessen, Misha Mengelberg and Michel van der Aa were not a day older than 30 when they won the Gaudeamus Award. The internationally renowned prize for promising composers was first awarded in 1957 to 22-year-old Peter Schat. Each year since then, a professional jury selects the most talented composers under 30 from hundreds of submitted scores. The Gaudeamus Award 2018 was awarded to the Finnish music pioneer Sebastian Hilli.

The Gaudeamus Muziekweek 2019 takes place from Wednesday 4th to Sunday September 8th. More information and biographies of the nominees: gaudeamus.nl 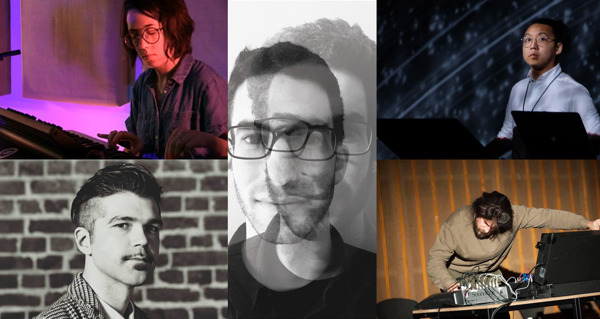