More than one work by each nominee will feature at Gaudeamus Muziekweek in September 2016. The festival is a showcase for the shortlisted composers. Both the audience and (international) professionals in the field get a chance to see (and hear) them from an unusually broad perspective. The winner of the Gaudeamus Award 2016 will be announced after the closing concert of the festival.

Up-and-coming composers see the Gaudeamus Award as international recognition for their work and a springboard in their careers. Gaudeamus Muziekweek continues to support the nominees once the festival is over. Their works are performed elsewhere, additional compositions are commissioned, and the fledging composers are invited to take part in future festivals and coproductions with other organisations worldwide.

History of the Gaudeamus Award
The seminal Dutch composers Louis Andriessen and Michel van der Aa were younger than 30 when they won the prestigious prize. The then 22-year old Peter Schat was the first to receive the renowned award in 1957. Each year, a different professional jury assesses hundreds of submissions by the most talented composers. Each year a maximum of five composers are nominated for the Gaudeamus Award.

Gaudeamus Muziekweek Academy
Participants in the 2016 competition could submit work for Amsterdam Sinfonietta, Silbersee, and Ensemble Modelo62. During Gaudeamus Muziekweek Academy, which takes place prior to the festival, the ensembles will rehearse the selected works in close collaboration with the nominees, who will also be commissioned to write a brief piece for the Bozzini Quartet (the ensemble in residence). Additional meetings and workshops will be scheduled throughout the GMW Academy for the benefit and enjoyment of the composers as well as the audience. 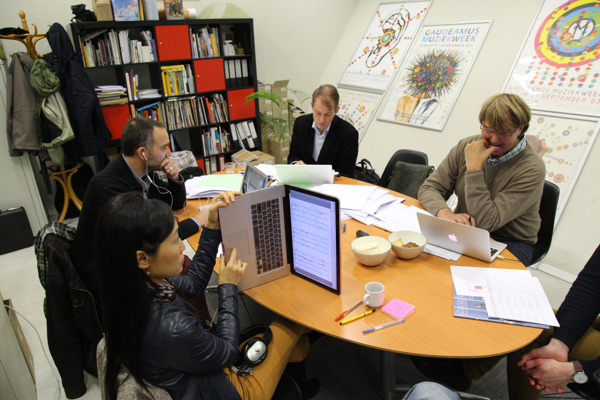